A Runner's Guide to Memphis, TN 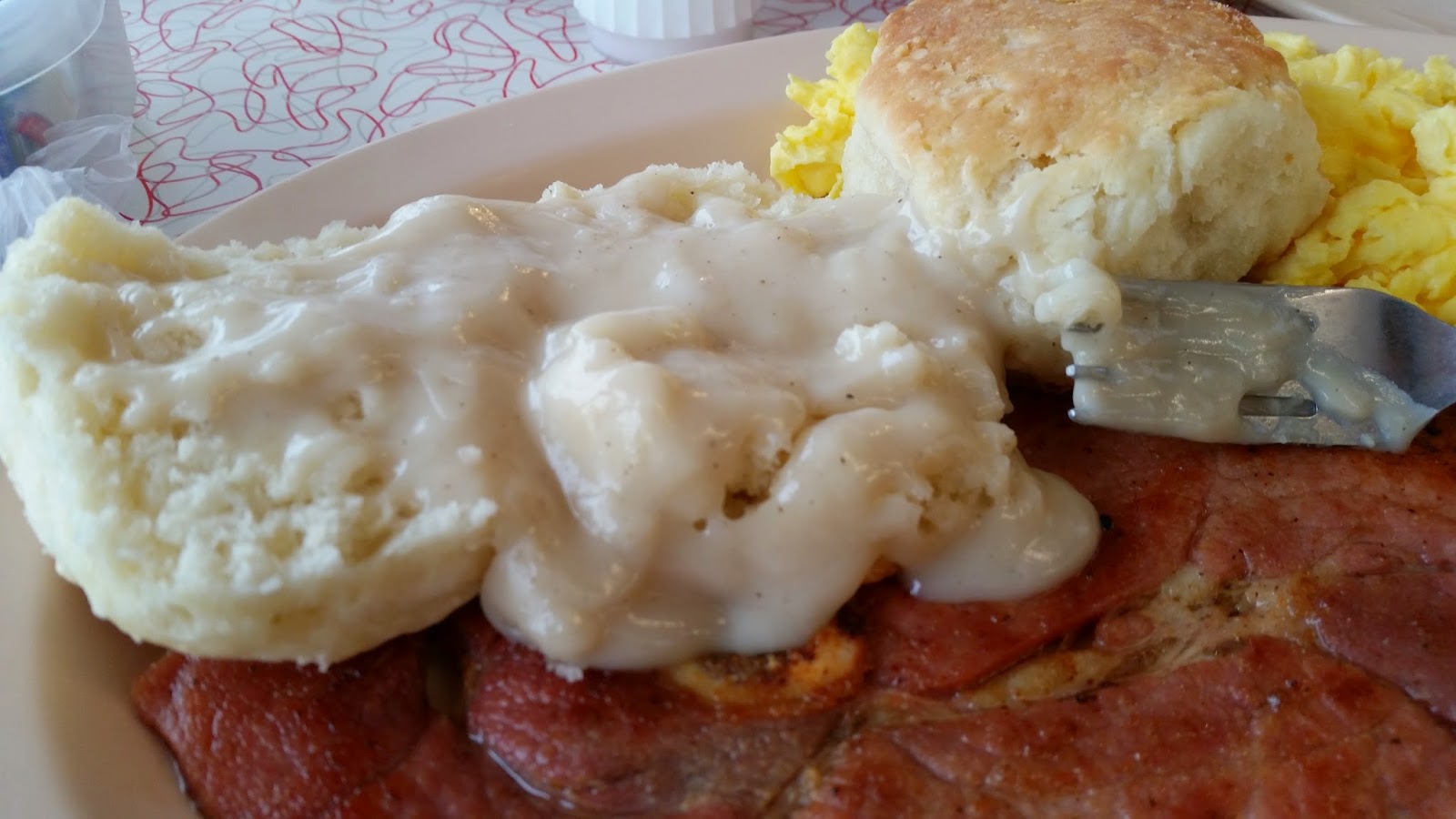 You're gonna need to run eating like this in Memphis! (at Bryant's Breakfast)

In my limited experience, Shelby Farms Park is the place to run in the Memphis area. A gargantuan park, 11 miles directly east of downtown Memphis, Shelby Farms features miles of paved and unpaved trails and a Greenline from Midtown to the Park itself.


A decent run, the trail isn't really too long, a loop will get you about 5 miles or so round trip so be prepared to add on. Also it runs through the dog park so heads up on that. The section along Walnut Grove Road is a little bit hilly and would be good for some sort of repeat workout.


This run on the Yellow Trail, was probably the best (most continuous) run I did while in Memphis. Single track along the Wolf River, I would highly recommend this run. Also based on the Park Map, this trail connects to more trails that cover the western and more of the southern portions of the Park.

Clipped from the larger Park Map.

I've actually also run on the other side of the Wolf River on the Germantown Greenline, which was a nice paved bike trail, but nothing to write home about (and yet I find myself including a sentence on it). I would only resort to this if you somehow can't get around to the other side to run the single track.

Overton Park
In an interesting story of privilege, this park was saved from becoming Interstate 40 in the late 1970s. It's central, Midtown location and surrounding "runnable" neighborhoods make this a more appealing option if getting out to Shelby Farms is not an option.

Shelby Farms Greenline
Speaking of which, there is actually a 6.5 mile Greenline from Midtown (Walnut Grove and Tillman) to the northwest corner of Shelby Farms Park. I haven't run or biked it, but from what I could tell it seems like a better option than straight up running city streets. 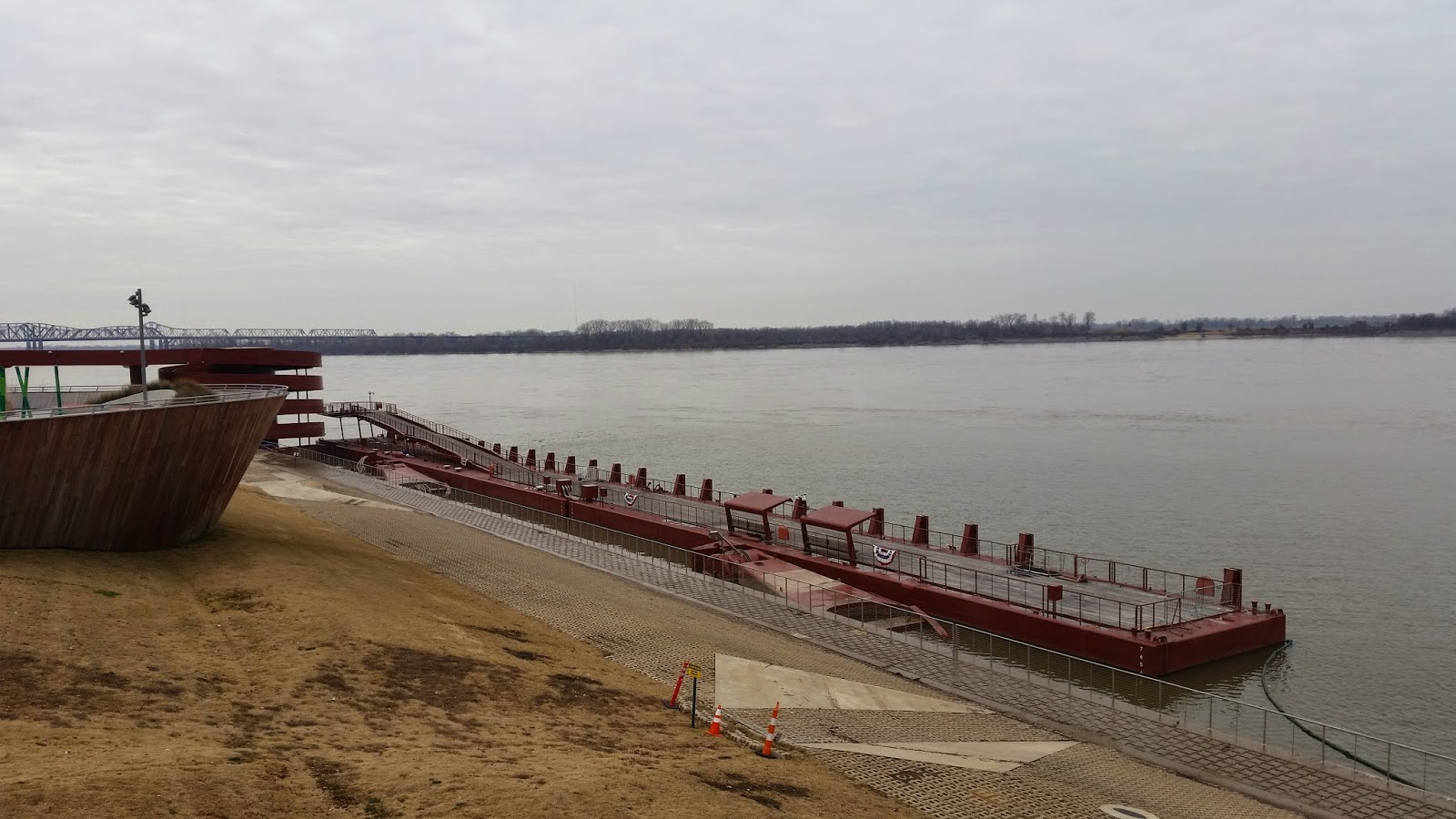 If you're staying downtown and can't make it out to the other places I've listed, the Riverfront area will suffice. It's also a quick jog from notable Memphis locations like the Lorraine Motel and Beale Street.

Where Not to Run (or Drive)
Almost as important as good running spots is areas to avoid. For example, I ran Germantown Parkway from the Wolfchase Galleria my first day and that was not fun and at times dangerous.


From my log: "Terrible!!! Germantown Parkway is the longest strip mall you've ever seen. Some sections didn't even have sidewalk despite having crosswalks?!? Don't do this run EVER!"

Also later that day, I returned to run at Shelby Farms and it took me 40 minutes just to drive this same section (in one direction) around rush hour. So my advice would be not to drive this section after 9am.

Who to Run With
Check out the Breakaway Running Facebook page for group runs! I didn't actually run with any of their groups, but I did see their well attended, Thursday night Midtown run the first evening we arrived in Memphis on our way to dinner. 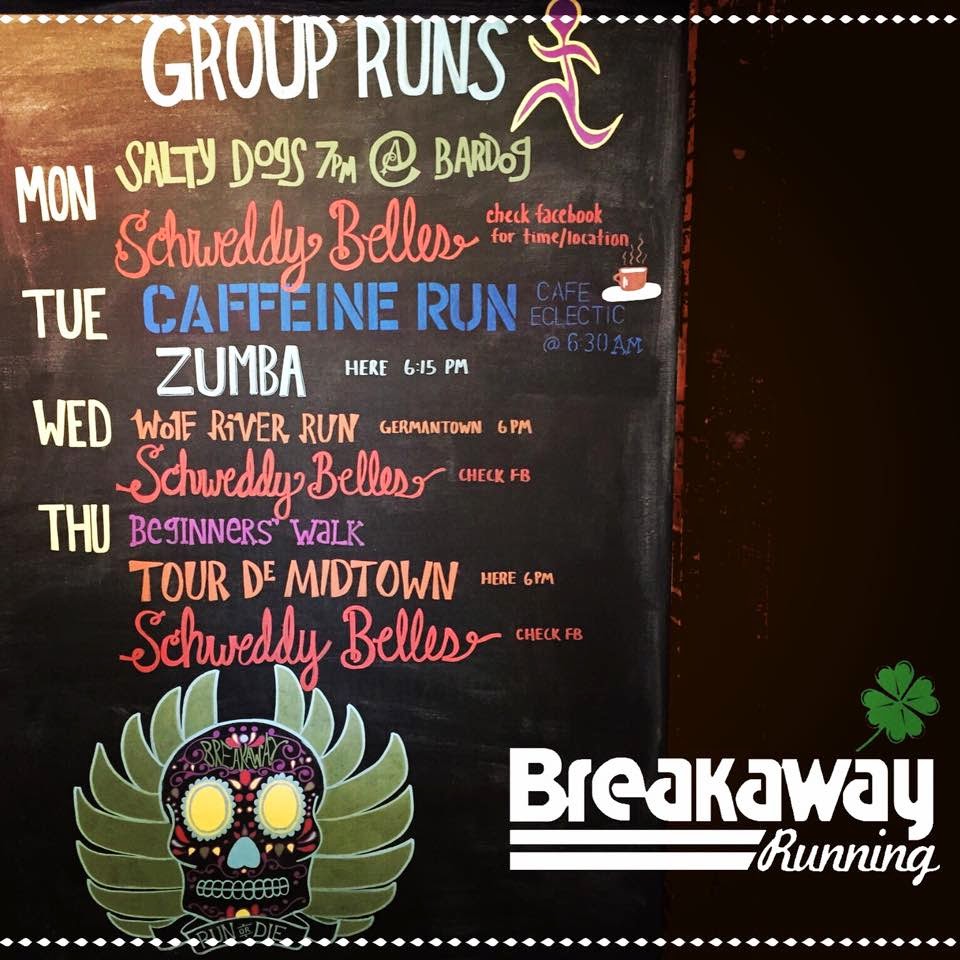 You can also travel with running buddies. Shout out to Kian for the company on these Memphis running adventures! 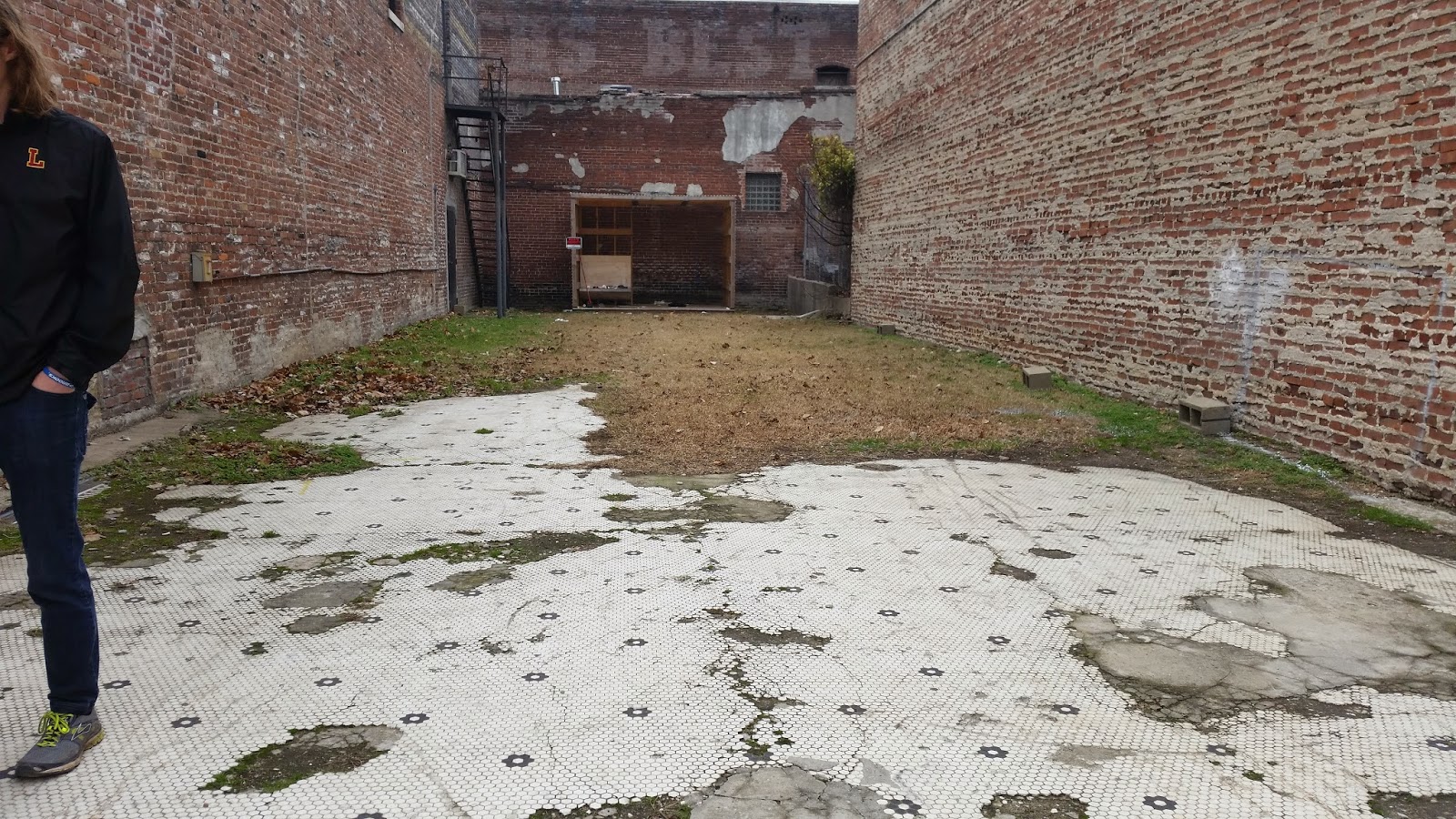 Where to Eat
When thinking about Memphis, maybe the first thing on your mind is "BBQ!" But don't forget that breakfast (after a run) is the "most important" meal of the day. 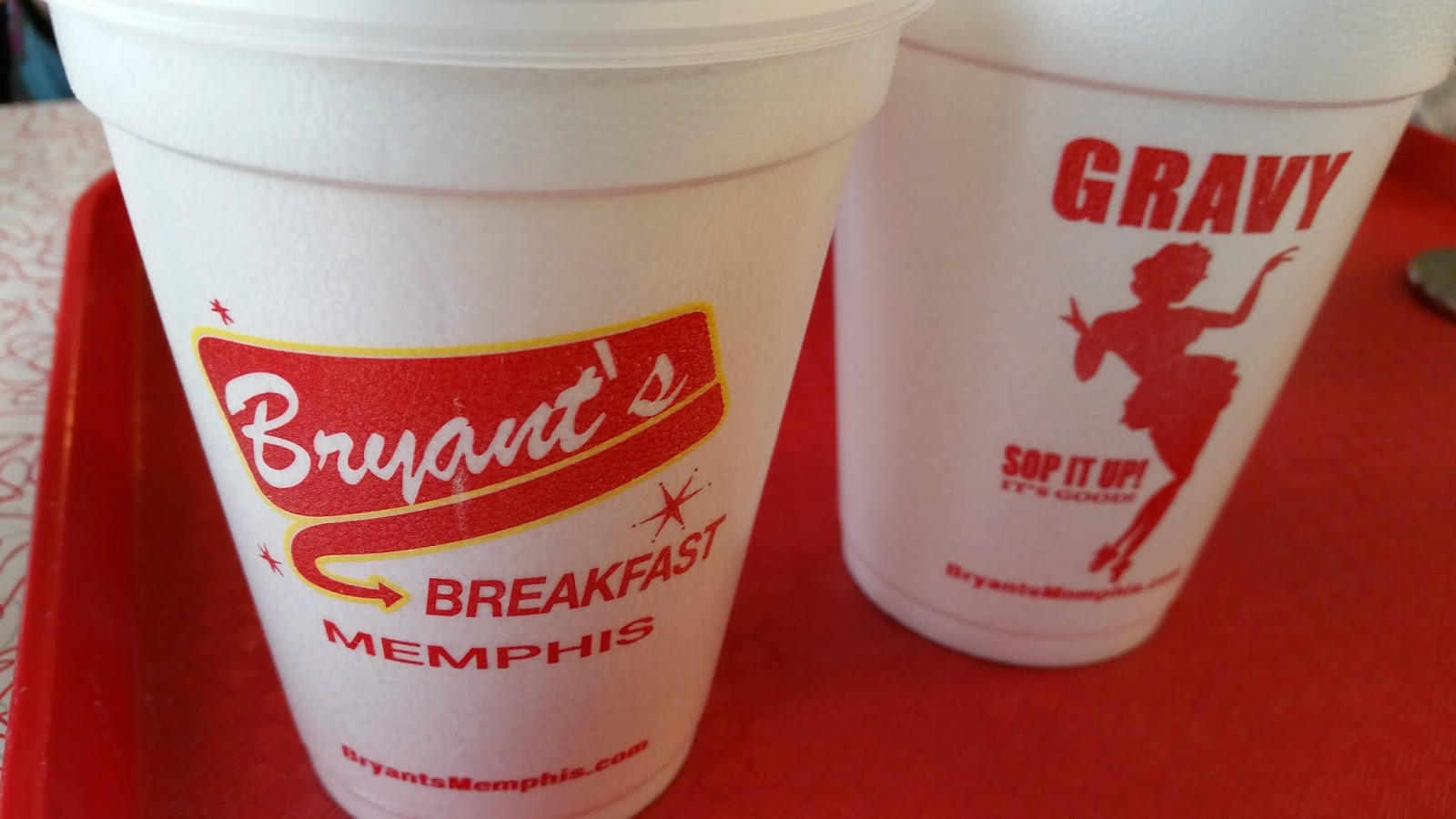 Bryant's Breakfast is a local favorite. On a Friday morning, there was a to-go line through the entire storefront. You'll get all the biscuits and gravy you can eat along with your breakfast meats and eggs. 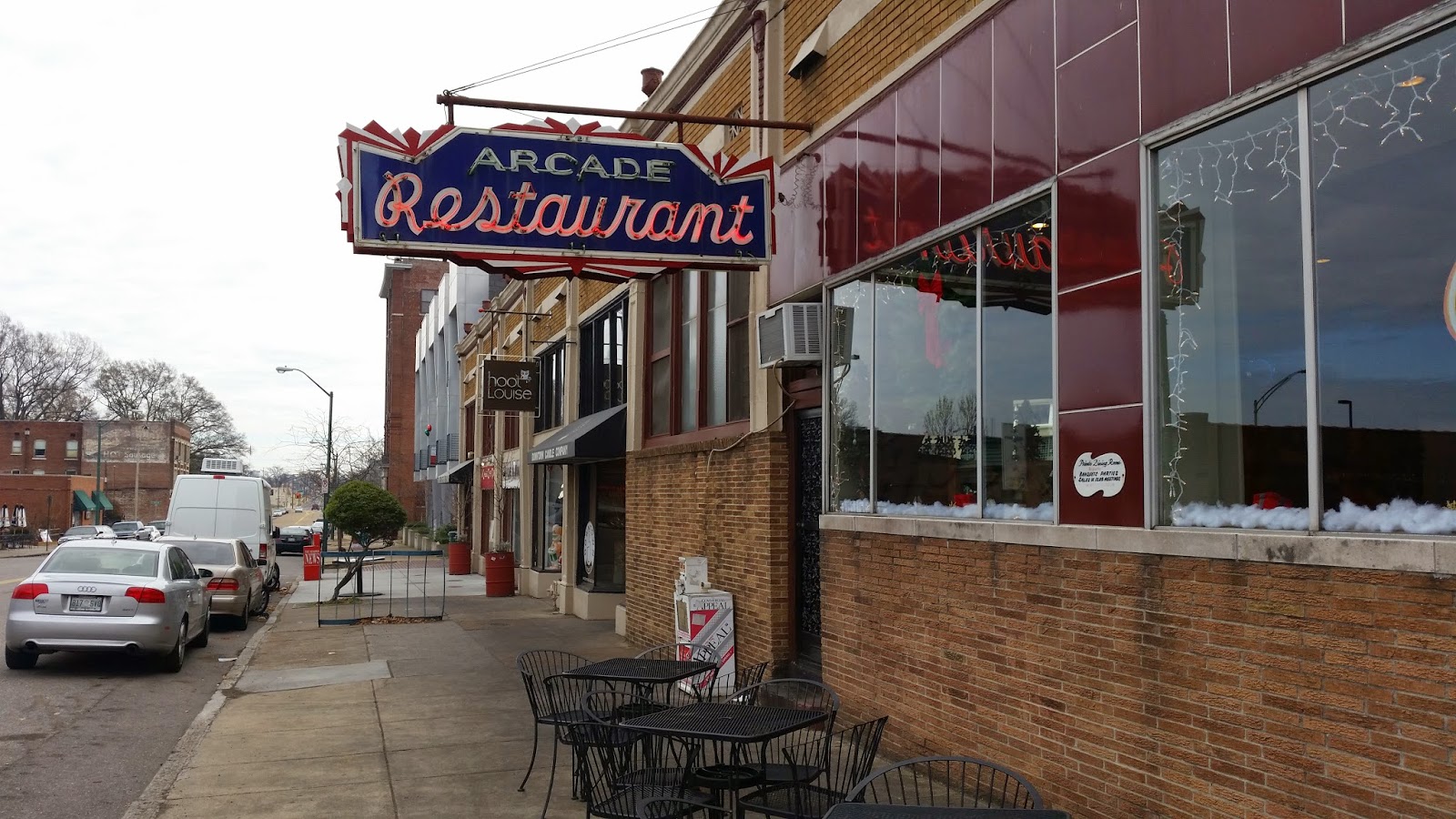 If you want to combine a bit of history with your meal, the Arcade Restaurant is Memphis' Oldest Cafe (whatever that means) and is within walking distance of the Riverfront.

Barbecue
With three locations and a good rep among locals, Central BBQ Memphis has got to be my pick for your BBQ fix.

Brews
While I was less than impressed the food, Boscos Squared is one of the places to get local brew in Memphis' happening Overton Square area.

When to Race
If you'd like to visit Memphis to race, the most notable and storied event has got to be the St. Jude Memphis Marathon (which includes a half marathon and 5k races as well). From what I've heard, the early December event is one of those notable races that brings a town together around the worthy cause of caring for the health of children. Check out the race reviews on BibRave!

Do you have a favorite run, race, or restaurant in Memphis?

Let us know in the comments below!
Posted by Dan Kittaka at 3:39 PM No comments:

I'll write a real post soon, but in the mean time check out this update on by other blog, Two-Something! 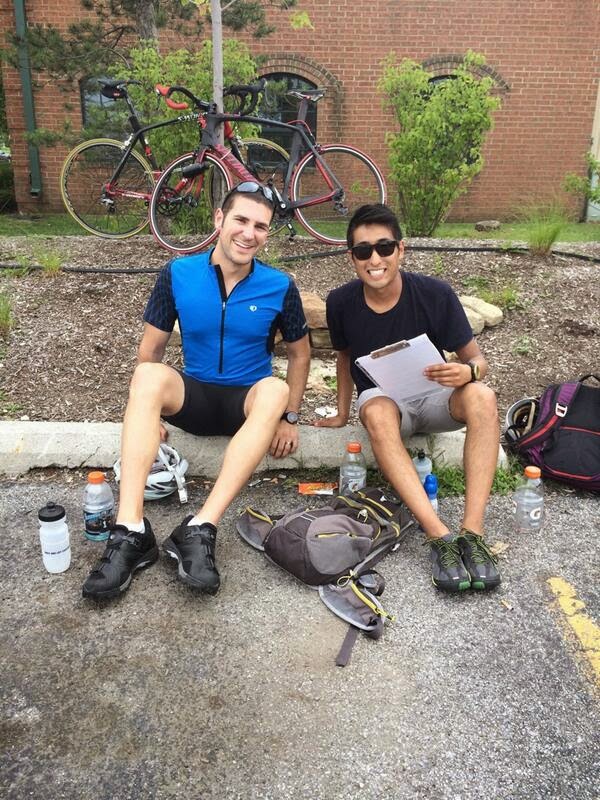 One of these two guys could be your pacer at your next marathon!
photo credit: Lyndsey Baum

Posted by Dan Kittaka at 9:11 PM No comments: