pm - 2200 yards swimming, My first day of double swim workouts!
Felt really good in the pool (fast) after the morning's workout. My leg needed a complete off day from running/cycling.

Wednesday
pm - 6.5 miles with 2x10 minutes at ?? in 50 minutes
Yeah, this run was closer to just under 7 miles, but I like to lie round down when logging miles (see Badger Miles). I usually assume I'm running between 7:30 and 8:00 per mile unless it is a timed & measured long run or tempo.

The footing was sort of bad and if it were my workout, I would have canned it for an easy 8-10 miler. It did feel kind of good to get the legs moving, particularly after spending a whole day in the pool.

Thursday
Travel day. Had a 9am flight to Salt Lake City for the Winter Market Outdoor Retailer show and later on a 7pm dinner Mountain Time.

Friday
am - 11 miles in 1:26, City Creek Canyon Road!
Felt good though out of shape out there. Prep for Boston (sort of). Most of the run you're either ascending or descending. Uphill on the way out and downhill on the way back. Ran up to the water treatment plant and focused a bit on running relaxed downhill. 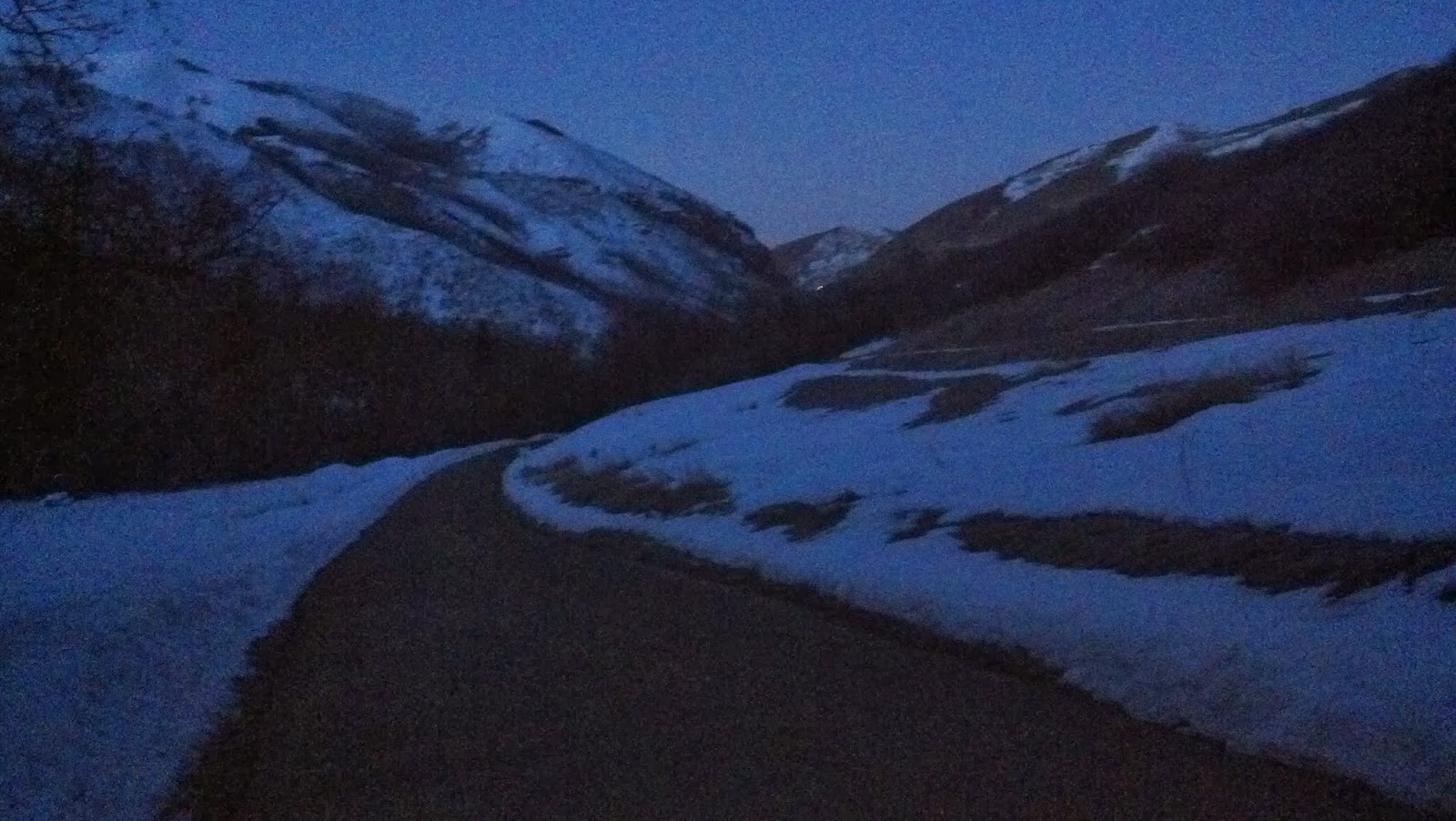 Not the Lakefront Path

Saturday
am - 14.5 miles in 1:50, Boston 365 Long Run
My stomach was all messed up (probably from traveling). Wanted to be sort of conservative today since I hadn't done back-to-back 10+ mile days since the fall. Footing was bad or whatever.

Sunday
am - 2000 swimming
Felt awkward getting in the pool at first, but then got into it. Ended up talking to Pam a bit then swam 3:38 for 200 yd which is pretty good for me.

~7 miles of activity another crazy week in the books. I'm looking forward to hitting around 50 MPW running this up coming week!
Posted by Dan Kittaka at 8:29 PM No comments:

pm
After my pool workout, I had a massive headache. I ended up becoming extremely nauseous at work, tossing my cookies in the middle of a vendor meeting :D, and leaving early. Got home and stayed in bed for 16 hours.

Tuesday
pm - 8 miles easy, The Long Way Home
After a very eventful Monday and 16 hours of rest, I powered through work and ran an easy 8 on the lake just like old times. I turned a half mile early and ran home instead of back to work.

I don't usually carry a phone with me, but since I was carrying my phone home, I decided to capture a rare running selfie: 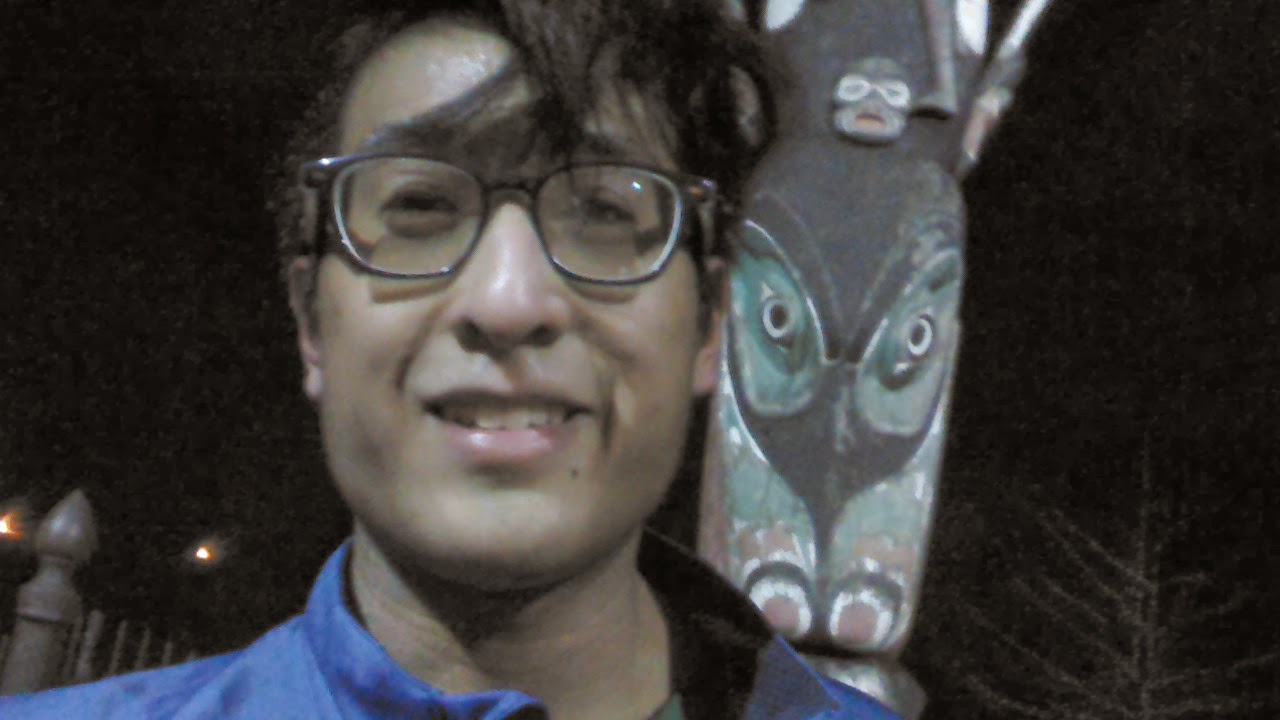 Check out those Aframes

pm - Brooks PureProject Collection Fashion show
This whole ordeal stressed me out. Felt a lot of anxiety about this for whatever reason.

Sunday
am - Ran 2 miles to/from the LSAC Pool, 2500 yards swimming
My leg felt really good thanks to proper rest (16 hours on Monday night and taking Friday off after a lot of anxiety were key). I decided to run to the pool just to see how it would feel the day after a long run it ended up being okay.

~7 hours of activity including some faster than goal MP work and 4/7 days of running!
Posted by Dan Kittaka at 8:03 PM No comments:

It is a bit scary to think that the last post I published was my BoA Chicago Marathon race recap on October 20th of 2013! Quite honestly, I haven't written anything as I wasn't really able to run or enjoy running since that time. I basically totally quit running and working out in order to get my body healthy and be able to run pain-free.

I tried to come back too quickly at the beginning of December, running 17:10 in Austin, TX at the Indie 5k (my slowest Indie 5k in three attempts) and 29:20 at the snowy Rudolph Ramble (good for 4th, missed the podium by 5 seconds). My shin started hurting again the week after Rudolph Ramble after running a 10 miler at a pretty quick pace. At that point I decided to quit running through the first of the year.

By the time I started back up on 1/1/14, the nearly 10 weeks of inconsistent/nonexistent activity had taken their toll. I had lost muscle mass but gained weight, and had not kept up my aerobic base. After mulling over joining LSAC (Lincoln Square Athletic Club, which is a block from my office) for months, with the Boston Marathon on the horizon, I decided it was time to start being serious about maintaining and developing my aerobic conditioning whether or not I could actually run regularly. I joined LSAC on a month-to-month basis on 1/3/14 and have failed to visit once in nine days. I've used the pool and the spin studio primarily as well as the treadmills a bit (this was great for when the air temperature was -15 earlier this week.

In addition to having access to cross-training facilities for the first time since I finished at Illinois in 2009, I also had my first swim lesson in probably like 15 years. I got to attend a Chicago Endurance Sports Swim Class and it changed my perspective on swimming. I have a lot to work on and think about in the pool and the technique changes I've made in just a couple workouts make swimming a lot more comfortable and productive. 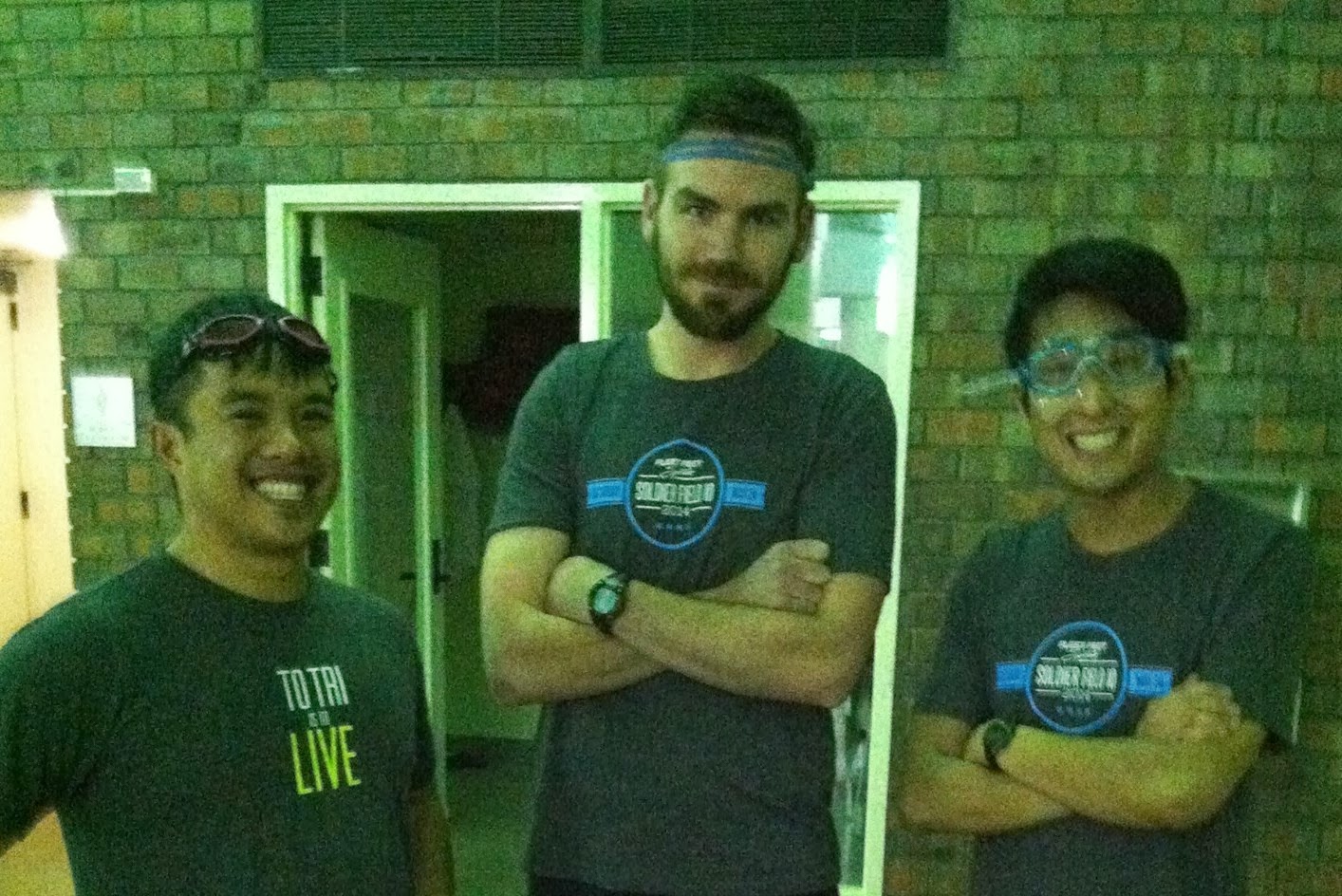 Left to right, Ryan, John, and me ready to rock our first swim in ages!

Anyway, here's my first week of attempting to use cross training to develop aerobic fitness in preparation for serious marathon training.

Monday
AM - 1 hour aqua jogging with a belt
I focused on keeping my HR up by doing 10 minute segments focusing on maximizing range of motion, cadence, and "sprinting" sections with easy recovery intervals. I would say I was moderately successful at making this a valuable aerobic workout. I will say that this was my second aqua jogging workout in as many days and I could really feel the benefit of just being able to loosen up my lower legs in particular.

PM - 30 minutes spinning at a consistent effort
I tried to keep my HR around 130-140 BPM, but it is hard to track without at heart rate monitor (HRM).

Immediately following:
PM - 32 minutes treadmill
I decided that it would be okay to run a bit. Was pleasantly surprised to run into Dan S. on the treadmills and to find that my shin was relatively pain free!

Tuesday
30/30 - 30 minutes spinning followed immediately by 30 minutes on the treadmill
I liked this workout so much from the previous evening that I did it again. 30 minutes is about as much as I can take of either activity. I'm going to probably make this a staple workout (in place of an easy 8 miler at least for the next 6 weeks) so expect to see 30/30 and know that it is this workout.

Wednesday
First Boston 365 Workout - 6 miles with 2 miles at Goal Marathon Pace (MP)
Boston 365 is the name of this program that my company produces that is for Boston Marathon qualifiers and hopeful qualifiers. There are a lot of amenities like supported long runs in (hilly) Barrington and a private bus to the start line in Boston.

Anyway, we warmed up over snow and ice for 2 miles then ran ~2 miles at goal MP. I think I hit 6 flats, but it wasn't comfortable and I felt like I couldn't relax. The footing was not so nice so that didn't help at all. Over all I was kind of disappointed with how I felt, but at the same time there isn't really a good physiological reason to run 2 miles at goal MP. This was more of a team building/goal setting workout.

Thursday
22 minutes treadmill (3 miles)
Tried to get a quick run in before leaving for our swim class down at UIC. Dinged my shin.

500 yards swimming
Most of this was more instruction rather than a true workout. I learned a lot. For example, your hips should roll while you're swimming. This makes breathing a lot easier!

PM - 1 hour spinning, avg hr 145
I started wearing a HRM. It was a good effort though super boring. I forgot a hat so my hair kept getting in my face. I didn't want to do any running as my shin was bothering me from Thursday's quick 20 minute run and we had 10 miles scheduled for Saturday's Boston 365 run.

Saturday
10.2 miles in 1:12 (basically 7 flat pace), avg hr 159
After a day of no running and some TLC (I iced Friday night), my shin was ready to roll. Enjoyed meeting some new folks and chatting with Lou and Dan S.

Very happy this time around I survived a 10 miler! I have to figure out what my max hr is as this seems high, but I didn't feel like I was running out of my fitness.

Sunday
Off - Produced the 2014 Daniel Burnham Open. It was a great success!